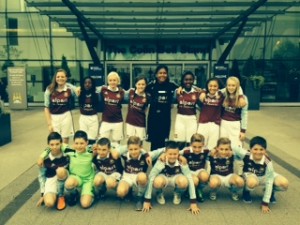 The Year 8 girls that represented West Ham at the Finals of the Premier League Tournament at the Etihad Stadium did both club and Sydney Russell proud.

See results and commentary below:

This was a very tense encounter with chances for both teams. Unfortunately for us Liverpool took a last gasp chance and scored.

The girls put in an excellent display and matched Southampton for effort and proved to be a better team with Connie Waring scoring the decisive goal.

This was a brilliant match with us starting the game very quickly and taking a 2-0 lead. Goals coming from Connie Waring and Lois Ford. Cardiff gave an immediate response and scored two goals to equalize with a few minutes remaining. Super sub Yaa Osei-Domphreh came on and scored with her first kick calmly slotting into the bottom corner. 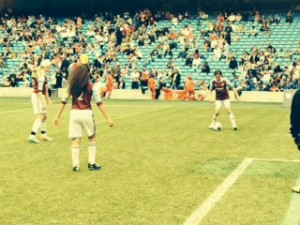 The girls started this game knowing that a win and a superior goal difference to Liverpool (who had lost 3-0 to Cardiff) would take us through to the Semi –Finals. We played extremely well with Connie Waring scoring an unbelievable goal and then going onto double our lead.

Unfortunately Liverpool won and beat our goal difference by one goal which meant we finished level on points but they went through to the Semi-Finals on goal difference. 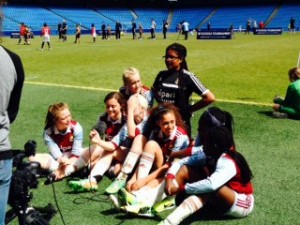 The girls had an amazing day having the unique opportunity to play on a Premier League pitch; with games officiated by Premier League Referees including Phil Dowd; taking part in pitch side interviews and visiting the players changing rooms to have their picture taken with the Premier League Trophy.

TV footage from the day is to be shown on ‘Match of the Day Kickabout’ on cbbc this Saturday from 7.45am

Additionally in the words of the Premier League for the Schools Tournament (Road to the Eithad Stadium 2014): 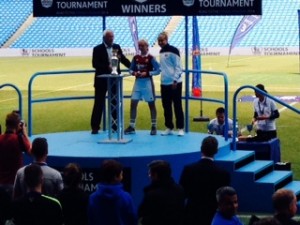 1 TRULY MEMORABLE DAY IN A WORLD CLASS STADIUM and we were there!!!!!!!

Vaccination UK are now offering the free Flu vaccination to all students in Year 7,8 and 9.

Vaccination UK are now offering the free Flu vaccination to all students in Year 7,8 and 9.
No Responses.