‘Not Just a Name’ Art Competition

by SRS Admin
art, competition, LBBD, mayor
Comments are off

To mark the outbreak of the First World War in 1914, a local historian (Robert Little) has written a book:  Not Just A Name, which documents the lives of all the names on the Dagenham war memorial. It is a touching tribute, which will be published later this year. 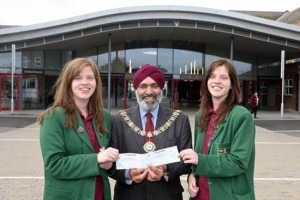 Students from across the Barking and Dagenham entered an art competition to design the front cover. Sydney Russell student, Juste Rekstyte, has won first place and will have her artwork on the front cover.

Pictured on the right: LBBD Mayor handing prizes to the winners of the World War I book cover drawing competition.

We would like to thank all those who took part and whose pictures will be shown in an exhibition at a later date.